In one of its most significant restructures for years, Google has announced a slew of product consolidations, confirmed a number of retirements and spelt out just how machine learning will drive a new era of fully automated ad campaigns and more.

2018 has been a busy year for Google so far. Its new measures, which reduce or eliminate some features and merge others, lay out a roadmap for how Google envisions the future of online advertising.

Google is responding to a few different market factors with its new offerings, namely feedback from customers that the range of Google ad products is confusing for some advertisers, and the fact that Google search results have levelled off somewhat in recent times.

On the surface, this change to AdWords could seem like a simple merging of different Google products and a rebranding for this new outlook. But this doesn’t tell the whole story. In fact, this seemingly innocuous name change is one of Google’s biggest moves in recent years.

Google has expressed a desire for a few years now to move towards a keyword-less advertising environment, and this change to Google Ads may be a strong indicator the push is well underway already.

This is all part of a process that Google started back in 2012. This was the year Google first introduced plurals as keyword variants, meaning that search terms didn’t have to be an exact match for advertiser keywords to show the right results. Google moved further into this realm in 2017, expanding the parameters of exact match to include typos, abbreviations and close matches. This further increased the search terms that would throw up the same results.

Looking back, we can now see that this was all part of a unified Google strategy to gradually phase out keywords and create keyword-less search engine functionality.

Breaking it down to a simple profit-motivated move for Google, this enables them to put products and services from advertisers in front of users that simply would not appear if keywords remain the ultimate factor in online advertising. These near-keywords will now be able to generate revenue for Google, whereas before they weren’t. And that’s something you can expect Google to pursue with extreme vigour.

Machine Learning Is About to Take Over

Google clearly has great faith in its machine learning capabilities to deliver automated ads and campaigns, and that’s probably why they made it the primary focus of the keynote speech at Google Marketing Live this year.

The speech looked at several new advertising initiatives the search engine giant is looking to push out, and machine learning is at the heart of all of them. A company with Google’s resources and forward-thinking posture was always likely to take this route, and it’s now apparent they’re jumping into the machine learning revolution with both feet.

Local Campaigns is another new feature from Google, and the aim here is to drive an increase in local business visits. This is again an area where machine learning is at the forefront, and it is hoped this new service will change the way to local businesses get in front of nearby Google users. The business sets a budget for their campaign, and all ads are generated automatically, based on input from the advertiser and location information. Google then pushes the ads across its many platforms; YouTube, Search, apps, http://maidwhiz.com/ and so forth. This is very similar to the Smart Campaigns initiative Google recently announced. The difference is that Local Campaigns are all about pushing traffic towards stores, whereas the target of Smart Campaigns is exclusively small and medium-sized businesses.

These are the big announcements, but there’s much more to it than just the above. We recommend you take the time to watch the keynote speech from Marketing Live to see the full scope of Google’s changes.

Want to find out more or need some help making these changes work for your business? Give us a call or drop us an email. 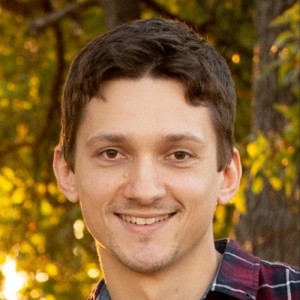